2 Web Tuesday: Ep 19. Facebook to reduce reach of posts that… 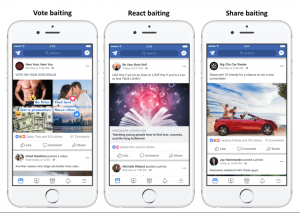 December 18, 2017 – In an attempt to curb the number of spammy posts that contain links to poorly designed websites, Facebook has updated its Newsfeed algorithm to reduce the reach of posts that use engagement bait tactics, or in other words, “beg for engagement”. Page that have posts which contain statements like “Share this post to win a free gift” or “like this page to win a free trip” will find themselves penalized by Facebook for using clickbait.

However, the exceptions to this new algorithm are posts that promote a charitable cause or if a user is asking other for travel tips and other information. Facebook claims that reducing clickbait posts will ultimately improve user experience as every post will now have much better content. 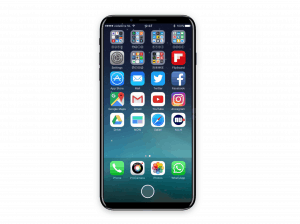 December 13, 2017 – A year-ending search list released by Google Canada revealed that Apple’s iPhone 8 was at the top of the search list in the ‘Consumer Tech’ category in 2017. According to the top 10 list, Apple’s latest handset the iPhoneX, which was launched in early November this year, had came in second and the third spot went to the Nintendo Switch.

An interesting consumer product that appears on the fourth spot on the list Instant Pot. This nifty kitchen appliance helps speed up the entire cooking process by upto 10 times and even boasts of consuming over 70% less energy while cooking nutritious meals. It was created by Canadian inventor Robert Wang and has become a widely popular multi-use electric pressure cooker. 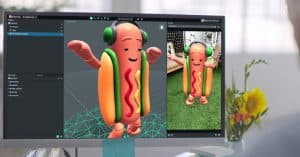 December 14, 2017 – Snapchat had recently launched a new augmented reality platform called the Lens Studio that allows users to include both static and animated objects into all of their photos and videos. This new feature will help the app compete with Facebook’s similar Camera Effects AR platform. Snapchat also hopes that the Lens Studio platform will help it gain more users with the 3000 World Lenses that the company has already designed for them.

The Lens Studio platform is free to download for Windows and Mac systems. The company states that the platform is very simple to use, so much so that both aspiring developers as well as experienced animators will find is suitable to design their own AR characters and lenses. If developers want their lenses to be featured on Snapchat’s camera, then they will have to buy sponsored Lens ads from the company.